My wife and I were riding around town last week and we commented on a blooming Dogwood tree we drove by.

I said its Masters time baby. We get an unexpected treat in a couple of weeks and that is we will enjoy our second Masters Tournament in 5 months due to the Covid-19 pandemic.

Dustin Johnson: Johnson is the betting favorite to win back-to-back in Augusta.

Johnson has the ability to overpower a golf course, and if the putter is clicking then he will be in the mix.

Johnson has been playing well and we will see if everything comes together again. Johnson is a player that plays well in major championships. Johnson is also the 2016 US Open champion.

Justin Thomas: Thomas just won The Players Championship, so his game is peaking going into Augusta.

Thomas may be the best player in the world at the moment, and a Green Jacket in 2021 could be the first of many. This is a guy to keep a close eye on.

Rory McIlroy: Rory needs the Masters to cap off the career grand slam. His best finish at Augusta is 4th back in 2015. Rory is searching for his game right now.

He just brought in a new swing coach and trying to find your game right before coming to Augusta National is like trying to mix oil and water.

Could it all come together for Rory in a couple of weeks? At 31 years of age there is plenty of time to get that elusive Green Jacket.

Jon Rahm: Currently ranked 3rd in the World Golf Rankings Rahm is due to win a major championship.

His best finish at Augusta is 4th and he has top 5 finishes in the US Open and PGA Championship.

Have you ever known a Spanish golfer that doesn’t have a great short game? Rahm will be the next major champion from Spain.

Brooks Koepka: This guy just plays well in the major championships. He has a couple of US Open’s and PGAs to his name. He finished in a tie for 2nd in the 2019 Masters.

He will be near the top of the leaderboard and will be a factor on Sunday. His game is rounding into form currently.

Bryson DeChambeau: The current US Open champion has not played well at Augusta. His best finish is 21st in 2016.

Will he try to overpower the golf course? The answer is yes and will that risk/reward style be successful for him in 2021. He has something to prove at Augusta.

He has the game to win at Augusta with a runner-up finish in 2018. If Fowler is in contention on Sunday, I will not leave my couch that day.

He will win a major in his career. Why not the 2021 Masters? Come on Rickie get it done.

Patrick Cantlay: Not many are talking about this guy, but he is that good. Every time I tune into golf on TV he is on the leaderboard. Don’t sleep on this guy folks.

A Tradition Unlike Any Other takes place in just a couple of weeks. 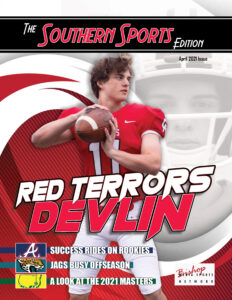