Rabbit Out Of A Hat

The first thing the NBA had to do to return in the midst of a pandemic was figure out how to deal with the pandemic.

The NBA created a bubble, routine testing protocols for what would happen if a player got sick and a competitive format to seed teams for the playoffs.

The Orlando Magic expect to be back in the playoffs this season. The team has openly admitted they do not want to risk the franchise’s long-term future for short term gain.

With three key young players recovering from injury, what can Magic fans expect when the team tips off the new season?

Every one of the Magic’s eight upcoming seeding games will be important, but none of them figure to be as crucial as Friday’s game against the Brooklyn Nets.

Orlando won both of its games over Brooklyn earlier in the season, but Brooklyn (30-34) owns a half game lead over Orlando (30-35) in the standings.

The Nets will be without Spencer Dinwiddie, Wilson Chandler, DeAndre Jordan and Taurean Prince as well as Kevin Durant and Kyrie Irving.

Orlando is going to be managing the desire and importance of winning with protecting Mohamed Bama, Jonathan Isaac and Markelle Fultz. It is important to see progress in these players, but the Magic roster without these players should be able to secure a playoff spot.

Coach Steve Clifford should rely on veterans such as Nikola Vucevic, Aaron Gordon, D.J. Augustin, Evan Fournier and Michael Carter Williams. Clifford has readily stated that he has no idea how the upcoming games will play out.

The X-factors for the Magic are Fultz and Isaac. Isaac hasn’t played since he severely sprained his left knee in January, but he is set to play under a minute restriction. Isaac might give the Magic an enormous boost on the defensive end of the floor.

Fultz has enhanced his reputation in his first full season with the Magic. He’s averaged 12 points a game and 5 assists for the Magic prior to the pandemic. Fultz creates serious concerns for opponents with his inside-out playstyle and ability to finish at the rim.

Fultz arrived a week late to the Disney bubble and is lagging behind everyone else in terms of conditioning. He must be able to maneuver the team into their offensive set at a brisk pace.

Fultz was asked how long he would need to regain his form, “I really don’t know. I feel good right now. I actually feel better than I did after the All-Star break.”

Fultz’s first full season with the Magic has been an exercise in defying expectations. If he continues to do so, Orlando will have a chance to surpass their playoff expectations.

The young Orlando Magic are looking to hit their stride at a critical time and gain valuable playoff experience. Nobody knows how this is going to turn out, but it might be the excitement or mystery surrounding the Restart Season. 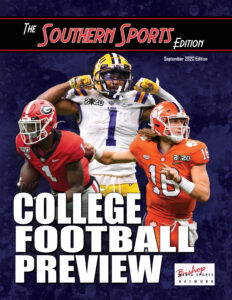