The Atlanta Falcon franchise is no stranger to having Hall of Fame players.

In fact, some of the best players at their position have spent time in the ATL- Tony Gonzalez, Deion Sanders, Eric Dickerson, Brett Favre.

It’s just that when you think of those guys, their time in Atlanta isn’t the first thing that comes to mind, unless you happen to be a Falcons fan. (Gonzalez might be the one exception, although I believe most NFL fans think of him more as Kansas City Chief than a Falcon.)

The two Hall of Famers you could associate most with the franchise is Charles Humphrey and Morten Anderson. It’s obviously impressive and an honor to be elected to the Hall, but neither of those two names are going to win you a best in show prize.

There’s a good bet that ten years from now Atlanta will have at least one player, if not two, being inducted into the Hall of Fame that will drastically improve their profile in Canton.

The first player, Julio Jones, is basically a given. The All-Decade Team member has been one of the best wideouts since entering the league and as long as he stays healthy, should be productive for the next few years.

Even if he were to leave Atlanta in search of a title, or because both decided to part ways, the sure to be first ballot inductee will likely be the greatest player in franchise history, who has spent a majority of his professional career with them.

And unless Deion entered the Hall as Falcon, Jones will undoubtedly be their best to put on the golden jacket.

The other player, Matt Ryan, isn’t such a sure thing, but he isn’t far off either. Ryan is in that unenviable position where even though his individual stats and wins aren’t bad, neither category is great enough to justify his inclusion.

A perfect example is the comparison between Ryan and Eli Manning. For all intents and purposes Ryan has better individual stats than Eli in almost every category, including actual winning percentage.

But, those two Super Bowl rings Manning has given him a better chance, currently, at making the Hall because both those wins trump his more mediocre stats.

Marino is another example where he only appeared in one Super Bowl but his play and stats were so other worldly, there was no way he wasn’t going to be a Hall of Famer.

The good thing for Ryan is much like Jones, as long as he can stay healthy, he’ll have enough time to do what’s necessary to achieve a player’s ultimate individual honor.

Of course, I’d be remissed if I didn’t mention that Julio Jones will certainly play a big part.

It’s like having a team’s quarterback and wideout on your fantasy football; it’s a win/win situation.

Making it into the Hall of Fame is an honor and I’m not trying to demean that accomplishment for anyone.

The inductees entering as an Atlanta Falcon may not bring the most notoriety with them, but that’s about to change within the next year’s or so. Only question is, will there be more than one? 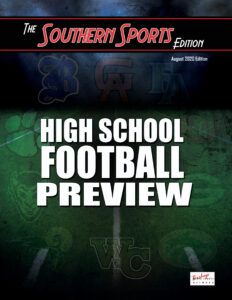