A year ago, the Atlanta Hawks were sitting in the 14th spot out of the 15 teams in the Eastern Conference, assuring themselves a lottery selection in the upcoming draft.

Even after making the sixth pick in last year’s draft, the trade the Hawks made prior to the trade deadline a season ago continues to prove to be a win for the future of the Hawks Franchise.

On February 5th, 2020, The Hawks acquired Clint Capela from the Houston Rockets in a four-team deal where Atlanta contributed a first round 2020 pick and second round pick in 2024 while also sending Evan Turner to Minnesota.

A full 14 months later this trade continues to look better and better for the Hawks with Capela’s consistent performances this season.

Capela has been an enormous part of the Hawks comeback season that began after the All-Star break, as well as after firing former head-coach Lloyd Pierce.

Those high-pressure decisions seemed to give the Hawks a much-needed breath of fresh air and are now finding themselves in the top half of the Eastern Conference.

With a little over a month left in the NBA season it isn’t crazy to think Clint Capela could be a serious Defensive Player of the Year candidate this season.

When Atlanta decided to trade for Capela last February they only wished he would come with as much upside as he has.

Capela has been the defensive anchor in the middle of the paint and one of the best rim protectors throughout the entire NBA.

Playing Center in the NBA today is much more challenging for the centers of Clint Capela’s size and much more favorable for the undersized big men like Bam Adebayo and Draymond Green.

With the floor spread it makes centers, like Clint Capela, come out and guard on the perimeter, making them have to handle a high pick and roll action or maybe rotating out to the shooter open in the corner.

Throughout this season Clint Capela has been the difference-maker on the floor for the Hawks.

His ability to protect the rim allows the guards for Atlanta to guard the ball with intense pressure. Capela is currently leading the league in rebounds and third in blocks, hopefully his numbers begin to catch some eyes as Capela is posting numbers similar to the two-time DPOY in Rudy Gobert.

In January, Clint and the Hawks played against the Timberwolves and he was able to get a rare triple-double with 10-blocks in one game, the only issue is the Hawks defensive ability drastically decreases when he takes a seat.

In recent years, it has only been Trae Young’s offense that sold tickets to State Farm Arena, now the Hawks are beginning to look like a complete team again for the first time since 2017.

If Clint Capela is able to continue to post numbers like these, it won’t be long before Atlanta sees their first Defensive Player of the Year award winner since Dikembe Mutumbo went back-to-back in 96-97 and 97-98.

My only question is why aren’t people talking about this more? 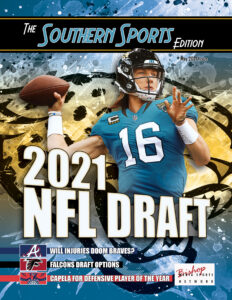