It was a nightmare for Florida State football fans, it was their first EVER loss to an FCS (Football Championship Subdivision) opponent, falling 20-17 to Jacksonville State, allowing a 59-yard Hail Mary touchdown pass as time expired.

It usually gets worse before it gets better, but Coach Mike Norvell has not shown anything on the field for me to suggest any upward trajectory. All Coach Norvell has done so far is apologize.

Coach Norvell said, “Did not have our team ready to play today.”  That was evident from the start of the game, UCF transfer McKenzie Milton had not one, but two touchdown throws dropped by Milik McClain and Keyshawn Helton.

The offense committed penalty after penalty and could not find a rhythm. For most of the game, Florida State’s defense was solid, but undisciplined; blown coverages literally cost them the W. Six days after the moral (losers) victory against Notre Dame, FSU suffered the worst loss in program history.

In truth, I don’t know where Florida State goes from here. If you feel they hit rock bottom, then up, but could the program fall into the lower ranks of ‘has beens’ such as Nebraska, Texas and Miami?

Since Jimbo Fisher departed from Tallahassee, Florida State has been in the dumps, both financially and on the field. FSU fired Wille Taggart near the end of his second season and have now made their bed with Mike Norvell, who has 3 wins in 11 games so far.

Can Florida State afford to even consider another change this early on in Norvell’s tenure? Mike Norvell’s buyout is $18 million. Most coaches are given at least three seasons before trajectory dictates job security, but Florida State has already set precedent with Willie Taggart that they are unafraid to pull the plug on a failing coach.

Florida State owes Willie Taggart about $17 million for his buyout. The next month is extremely important for Norvell if he wants to keep his job in Tallahassee.

I entered the season predicting Florida State would go 6-6, and I’m no longer convinced that 6-6 is attainable.

Florida State currently has the 10th ranked recruiting class in the country. Recruits are singing the right tune at this moment. Fans have to continue to hope this class sticks together. But I’ve heard this tune before and so has the transfer portal.

Is Florida State a victim of high expectations that are no longer realistic? Besides Clemson, the ACC is not a great conference; and winning 8-10 games a year shouldn’t be too tall of a task.

Due to economics, Norvell is not on the hot seat in 2021. Norvell is in his second of his six-year deal, and his buyout is 85% of his remaining base salary.

I fear that Florida State is entering a cycle where they’re going to be so deep in a hole that climbing out of it and returning to a consistently great standard is going to be an insurmountable task. 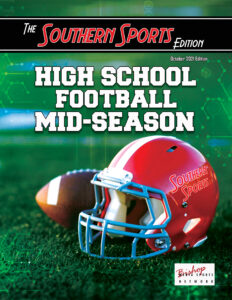