After watching the Braves vs. Nationals, I began to think about the same debate that has gone on since the two made their Major League Debut in 2018.

Who would you prefer as a centerpiece for your baseball franchise, Ronald Acuná Jr. or Juan Soto?

Juan Soto hit a walkoff single to win the Season Opener for the Washington Nationals and extend the Braves losing streak to four games.

In that same game Acuña hit two solo shot homers off of Max Scherzer and one of those being the first pitch of the ball game.

Acuña has played a pivotal role in the Braves three consecutive division championships, whereas Juan Soto was a key contributor for the Nationals World Series victory over the Houston Astros in 2019.

Juan Soto is just about 10-months younger than Ronald Acuña Jr. and both have had an immense impact on their teams, as well as sending ripples throughout the MLB with their top-tier talent displayed on the field.

Their MLB debuts were both within a month of one another and neither of the two have looked back since… so why not take a look and see how they stack up against one another at the beginning of their fourth season.

Throughout Acuna’s time in Atlanta, he is probably most known for his spark and swagger while he plays the game.

As a result, the Braves coaching staff decided to insert Ronald at the top of the batting lineup in order to ‘get the ball rolling’ and it’s fair to say it works more often than not.

Ronald gets a lot of respect at the plate but that often results in the fans overlooking what he is capable of in the outfield. With his terrific speed and a cannon for an arm, Acuña is consistently a threat to throw anyone out from his position in right field.

There is no doubt about the electricity Ronald provides Braves Country but the downside for Acuña would be that his arrogance gets the best of the 23-year-old at times.

Most say that will come with time as he will mature throughout his career in Atlanta.

However, Acuña has already acquired outstanding awards such as the NL Rookie of the Year in 2018 as well as the Silver Slugger Award in 2019 and 2020.

After being a runner-up to Acuna’s rookie of the year honors in 2018, Soto has been one of the most dependable guys on a daily basis in all of baseball.

He put his name on the map with his performances throughout the 2019 postseason, where the Nationals won their first and only World Series Title with the help of Soto’s clutch performances.

Soto delivered again and again for Washington in that playoff run and continues to play well under the spotlight.

Soto is much better at waiting for his pitch than Acuña is, helping him to his impressive on base percentage at .416 through his career thus far.

However, the biggest difference between these two players would be speed.

Soto is just not able to match the speed and strength that Acuna brings to the table each night.

At the same time, Soto’s poise on the big stage, as well as his calm demeanor is what seems to make him slightly more attractive to some people than Acuña.

Safe to say that both these outstanding outfielders are two of the best in the game, but who would you rather build your baseball club around, Acuña or Soto? 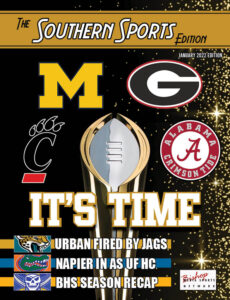